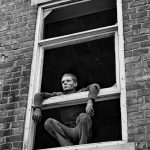 I started work in social action in 1981. A year later I was unemployed for nearly a year, during which I volunteered for Citizens Advice Bureau, moving on then into housing management in a housing association dealing with very vulnerable people, before starting social work training in 1985.

During that period unemployment was at a peak then not seen since the depression: https://en.wikipedia.org/wiki/Unemployment_in_the_United_Kingdom . It was a bad time for communities and individuals, me included. I came out of it, got work helping those still unemployed, but I remember that time all too well. The scale of inequality and misery in society represented by a unemployment rate of nearly 12% scarred me. The trouble is, its back, and its now much worse. Then there was cheap social housing and proper wages and better benefits which helped to keep people out of destitution.

The cause now of course, is covid, but the problem is that covid is hitting a society where a growing number of people were already in poverty, even though they were in work. Housing and other costs have skyrocketed, to the point where earnings, let along benefits, are not enough to live on. Whilst the official level of unemployment had massively fallen, pre covid, the real scale of poverty had increased, due to the erosion of wages against costs. The national living wage is better than it was, but its not enough.

So here we are now, with projections unemployment could hit 10% again. Those newly unemployed are people who were on the margins of it anyway, on low incomes, no job security, with no savings, no protection, no support from their families, and they join the people already unemployed. Just above them are people still struggling, as housing costs rise higher. Benefit cuts have made support for the working poor very limited.

So it’s a hard winter coming. This is why foodbanks have emerged and grown exponentially since lockdown. Hope is now very much a poverty charity in the forefront of working with the most affected. The challenge facing us grows daily. Charities like Hope are well placed to make a difference, but we need the support of others: business, community groups, individuals, grant makers. But most of all we need the help of government. We need the welcome uplift in Universal Credit made permanent; we need continuing funding for what we do; there must be some sort of controls on housing costs, or the provision of social housing at scale. Only by an integrated strategy will we manage this scale of poverty we now see, which I worked through before. Parts of what mitigated the hard price of 11% unemployment are no longer in place, and even then we saw riots and violence, as well as individual misery. There must be strategic government thinking to put those mitigations back in place. Hope will carry on, helping to meet acute need, playing our part, with your support. But I fear for what will happen if not enough action is taken to support those in need.